There was great excitement at the Blue Gum when we arrived around 10am, the car park was almost full, there were people (not SCQuilters) coming and going and the place and humming!

Seems that yesterday was the first time they had opened for Breakfast and what a Menu it was... Yummo!... we might start our Gatherings earlier next month making it a breakfast day instead of a lunch day LOL

Might being the operative word here... the traffic would be lighter though wouldn't it eh??

Kate Crutchley called in briefly with the blocks she's making for her DD Imogen... aren't these cute! 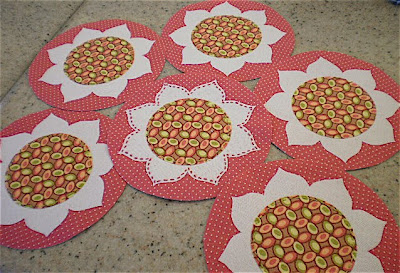 Penny Smith, Lyn Allitt and Marilyn Robinson.
I declare Penny Smith to be the SCQuilters Wonder Woman of the day... before she arrived at the Blue Gum just after 11am she'd been to a Wedding, a Wedding Breakfast, bought a pair of shoes on Sale (which she was wearing) and had a short nap!!!!!! Admittedly the Wedding was a Dawn Wedding starting at 5:45am but all the same what a morning! and there she sits calmly quilting LOL

You win this months Gold Star Penny, make sure you bring it back next month :-)
Posted by Pennie at 11:05 PM No comments: 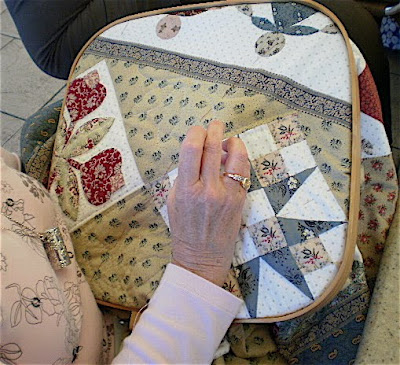 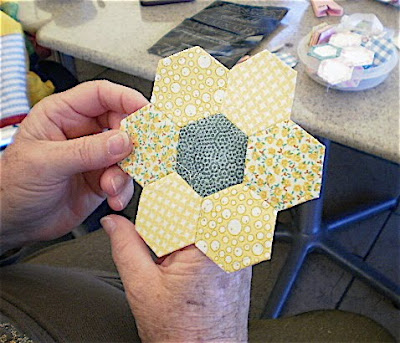 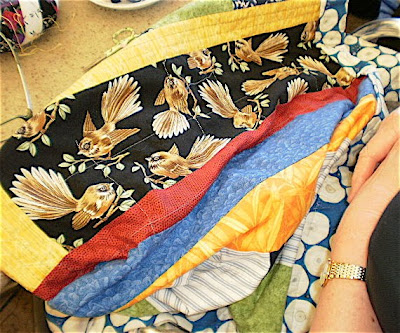 Lyn Wilson appliqued hexagons onto the border of her quilt. 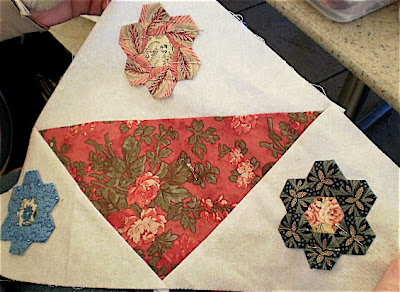 Robyn McGreggor just home from the UK was busy piecing. 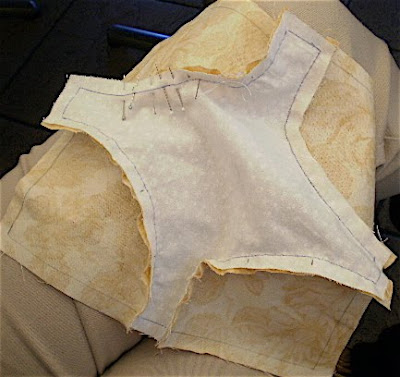 Becky Wright needs to make yet more Reel blocks to make her quilt a good size. 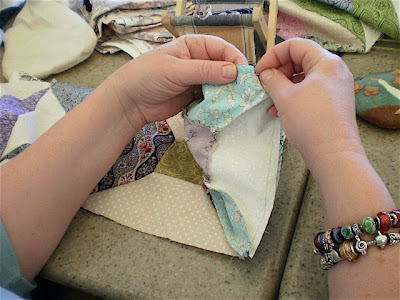 Email ThisBlogThis!Share to TwitterShare to FacebookShare to Pinterest
Heather Watts and Pennie Griffiths. 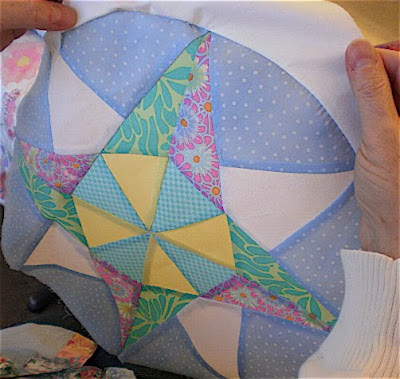 After lots of repairs and a gentle wash (which got rid of 70 years of dirt) Pennie is hand quilting this 1930 quilt top she bought many years ago from Bernadette Thomas from Needlewitch. 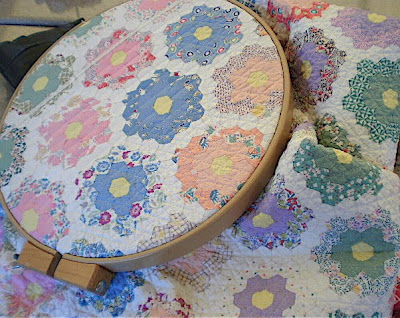 Email ThisBlogThis!Share to TwitterShare to FacebookShare to Pinterest
Ros Bickford is hand quilting this quilt for a niece. 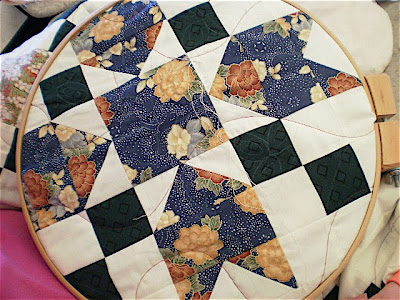 Ros Bickford - wonderful gift for a niece isn't it! 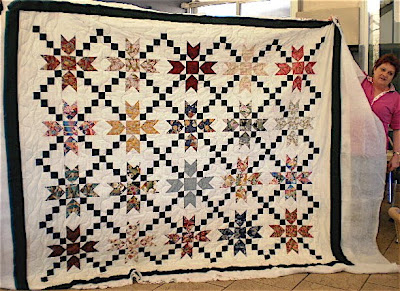 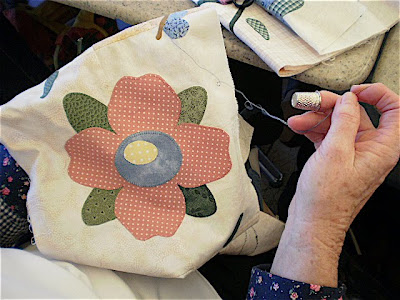 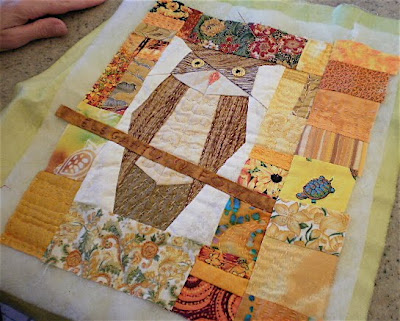 Liz Price - The Owl and the Pussy Cat... a pig and a turkey! Wonderfully Whimsical aren't they! 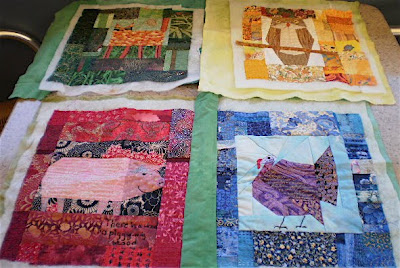 Welcome to the Sydney SCQuilters Blog.

On the First Saturday of each month Southern Cross Quilters, (SCQuilters) from all over Sydney and Australia and the World, if they are in town, meet at the 'Blue Gum Hotel' in Waitara in the northern suburbs of Sydney.

On the Third Saturday of each month we meet at the 'Hotel Pennant Hills', also north of the City of Sydney, right next to Pennant Hills Station.

We have our own comfortable room so we sit, chat, sew, show and tell and buy our coffee, drinks and lunch from the Bar and Bistro.

Everyone goes home happy and just that little bit inspired.
Come along if you are in town, we'd love to meet you and see your work.


This Blog is run by Pennie Griffiths with a little help from Glynis Thompson.

HOW TO FIND OUR TWO PUBS.


Join the SydneySCQuilters Facebook Group - if you are a member of the Southern Cross Quilters (SCQuilters).

Quilting at the Blue Gum. 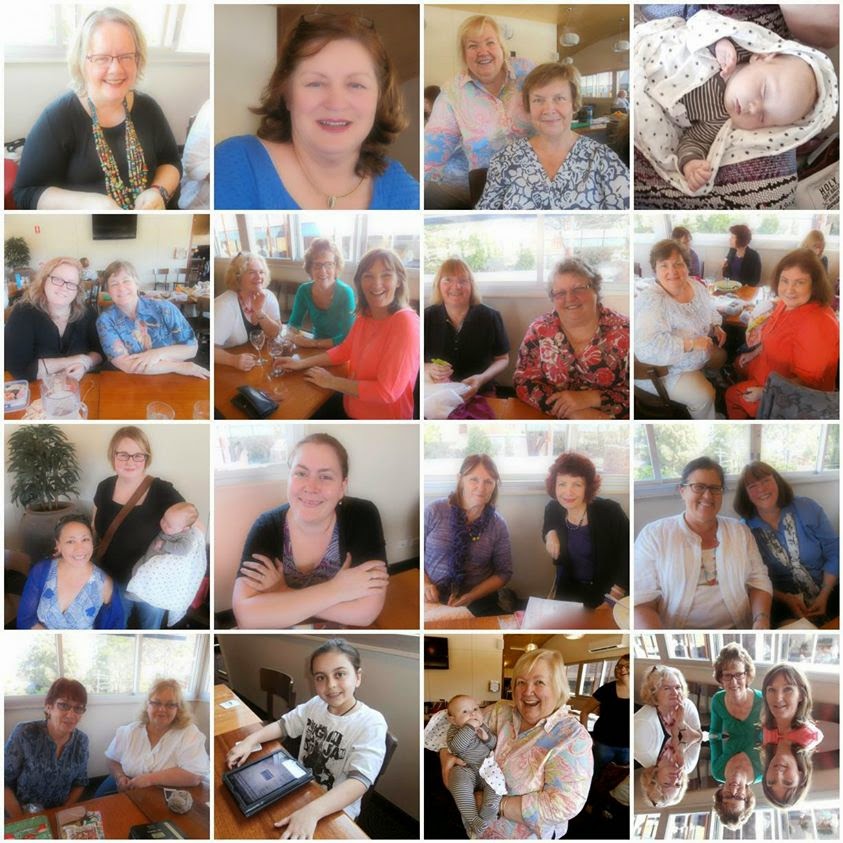